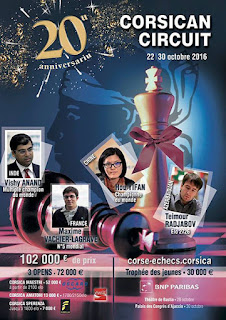 by Priyadarshan Banjan
10/29/2016 – The surprising thing about Corsica is the inherent diversity of the small Mediterranean island, one of the regions under France. It is a bit like a game between two fighting chessplayers — glittering bays, relaxed beaches, dense forests, mountain peaks. The geography is never constant. Corsica is hosting a notable chess festival with the chief attraction being a rapid tournament featuring MVL and Anand. Illustrated report with analyses.
Publié par Scacchi in Corsica à 07:32 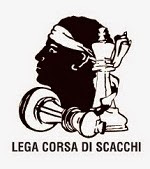 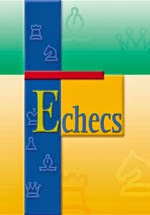